Global warming, changing climate, environmental pollution and the contribution of household a 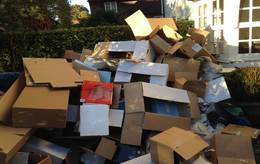 nd commercial waste in all these have forced authorities to have a rethink on proper disposal of various kinds of rubbish. The first challenge is reducing the generation of garbage at source so that the need for disposal comes down. The second challenge is proper collection and disposal the garbage so that the affect on the environment is minimised. With this perception the government has come out with several directives for collection and removal of material discarded from commercial and household premises. Commercial rubbish plays a more significant part than household junk in SW1 Belgravia since it is more diverse in nature and may even be bulkier than household one. Managing such items requires expertise and experience, and we have been engaged in commercial waste collection in SW1 Belgravia for quite some time. 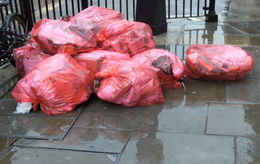 The material discarded from offices mainly consists of waste paper. Another significant group of material discarded in such places is the junk electrical and electronic material. Whereas paper can be recycled to produce new ones the toxic electrical and electronic garbage such as defunct compute monitor, printer, scanner, flash drives, refrigerator, television etc are toxic in nature and cannot be completely recycled. However, we do try to stick to the WEEE directive of recycling at least 4 kg of material per year per person. We have been doing office waste collection throughout the area successfully.

To bring down the threat from rubbish disposal you too have a part to play, and that part lies in waste reduction in your premises. Bringing down the generation of waste will help the most in bringing down the effect of it in the environment. You should endeavour to recover as much material as is possible from the material being discarded from your household or business premises. This will help fight the pollution caused by garbage from business and domestic sources.

To this end both households and commercial enterprises have equal responsibility. Commercial enterprises need to streamline their production process and make it more efficient so that less and less amount of byproducts is generated at the end of each cycle. Another aspect that they must pay attention to is that the raw material used should be of high quality so that most of the material is utilized in the process of production and the least amount ends up in landfills and other disposal routes.